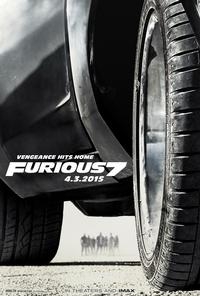 Dominic Toretto (Vin Diesel) and his tight-knit gang of street racers must battle the brother of a defeated nemesis and rescue a software genius from terrorists. The film is dedicated to series regular Paul Walker, who died halfway through production.