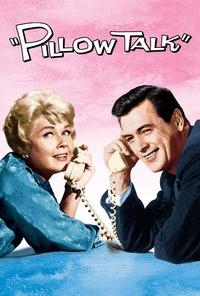 Playboy songwriter Brad Allen's succession of romances annoys his neighbor, interior designer Jan Morrow, who shares a telephone party line with him and hears all his breezy routines. After Jan unsuccessfully lodges a complaint against him, Brad sets about to seduce her in the guise of a sincere and upstanding Texas rancher. When mutual friend Jonathan discovers that his best friend is moving in on the girl he desires, however, sparks fly.