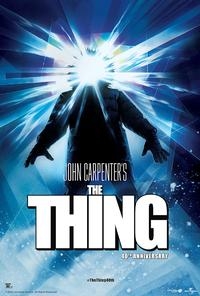 Director John Carpenter (Halloween) teams Kurt Russell's outstanding performance with incredible visual effects to create a chilling version of the classic The Thing. Set in the winter of 1982 at a research station in Antarctica, a twelve-man research team finds an alien being that has fallen from the sky and has remained buried in the snow for over 100,000 years. Soon it is unfrozen and unleashed, creating havoc and terror as it changes forms and becomes one of them. This special event will also feature the Terror Takes Shape documentary!

Showtimes for The Thing - 40th Anniversary